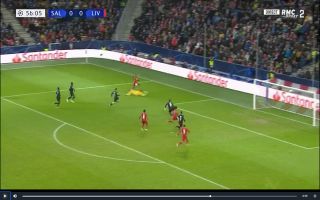 In the 56th minute of this evening’s Champions League clash between Red Bull Salzburg and Liverpool, Andy Robertson played the ball into Sadio Mane.

The lethal forward used a lovely touch and his blistering pace to burst past one of Salzburg’s defenders and into the box.

Take a look at the midfielder’s opener for the Reds below:

Keita is proving to Jurgen Klopp that he’s capable of being one of Liverpool’s main men in midfield with his recent performances.