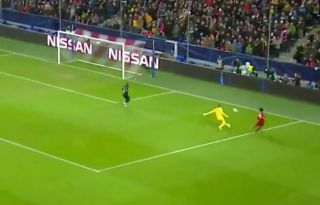 Just minutes after Naby Keita broke the deadlock for Liverpool, Mohamed Salah doubled their lead in their crunch clash with RB Salzburg.

The Merseyside giants needed to avoid defeat to secure safe passage into the knockout stage of the Champions League, and Salah was guilty of missing some good chances in the first half as tension and nerves were perhaps beginning to build.

However, Keita settled those with a headed finish after some excellent play from Sadio Mane down the left flank, and Jurgen Klopp and Liverpool didn’t have to wait long for a second to put themselves in a commanding position.

In fact, it was just over a minute between the two goals but Salah’s was undoubtedly the pick of the pair as he managed to find the back of the net from an almost impossible angle.

As seen in the video below, he did well to firstly round the goalkeeper who had come rushing out, but his composure and technique to curl his right-footed effort into the opposite side-netting was simply world class as put those earlier misses firmly behind him.

Liverpool needed a big moment or two in the second half to kill the game and secure their place in the next stage, and Keita and Salah delivered…

What a goal from Mohamed Salah!! pic.twitter.com/fzpuCNfcTR

Mo Salah doubles the Reds' lead with this madness!

We could watch this again and again… pic.twitter.com/0q3820Pngw

HOW DID MO SALAH SCORE THIS??? ?#LFC #UCL pic.twitter.com/mVNPVmZWOH 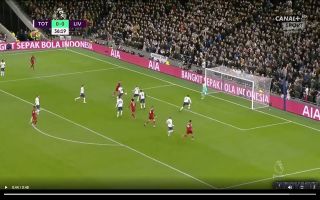