Zlatan Ibrahimovic has told his close friends that he will rejoin AC Milan in January, with negotiations over wages now ongoing.

The Swede has been a free agent since calling time on a successful two-year spell in the MLS with the LA Galaxy at the start of November, but he has not been short on offers for a return to Europe.

A number of top clubs have been heavily linked with a move for the 38-year-old, including Manchester United, Tottenham, Milan, Bologna and Inter – as per AS – while Australian outfit Perth Glory are also thought to be keen on a surprise deal.

According to Gazzetta Dello Sport, Ibrahimovic has chosen his next destination, with a final agreement over a return to San Siro with Milan now in the works.

The Italian publication states the Rossoneri have offered the veteran striker €2 million to join the club on a six-month deal, with the option of an extra year which would see him earn another €4 million.

Ibrahimovic is understood to be holding out for a higher wage packet, with his agent Mino Raiola trying to negotiate improved terms for his client ahead of the January transfer window. 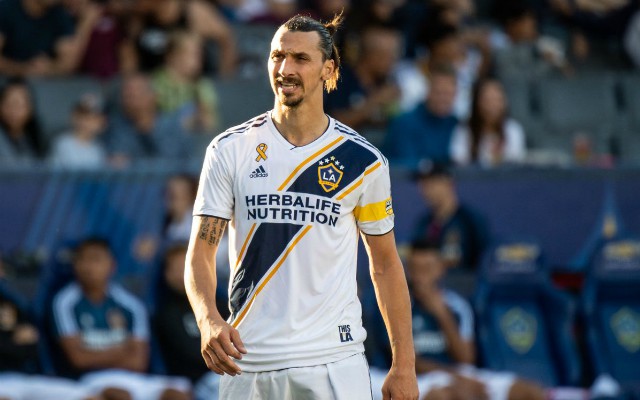 Ibrahimovic is set for a return to Milan

The former Manchester United star played for Milan on loan from Barcelona in the 2010-11 season, earning a permanent move after helping the club win the Scudetto.

The enigmatic centre-forward only stayed at San Siro for one more year, leaving the club with 51 goals to his name from 74 appearances across all competitions.

Ibrahimovic showed he still has the quality to compete at the highest level during his spell at the LA Galaxy, finishing as second top goalscorer in the MLS with 30 goals last term behind Los Angeles striker Carlos Vela.

He could be the ideal man to help Milan rediscover past glories after a disastrous start to the season, with the final touches now being put on a deal as the winter transfer window edges ever closer.