According to the Sun via German newspaper Bild, Manchester United are ‘very interested’ in signing Bayer Leverkusen star Kai Havertz.

The 20-year-old has established himself as one of the top young attackers in the world in recent years and the Sun add that the Germany international is valued at around £80m.

Ole Gunnar Solskjaer’s side could certainly do with signing a playmaker soon, the Red Devils’ front three are currently in good form but have looked lost at times this season when the midfield have struggled for creativity.

Havertz’ versatility would also make him a great target for the Manchester outfit. The ace is comfortable playing as a right winger, central attacking midfielder or even as a right-sided forward. 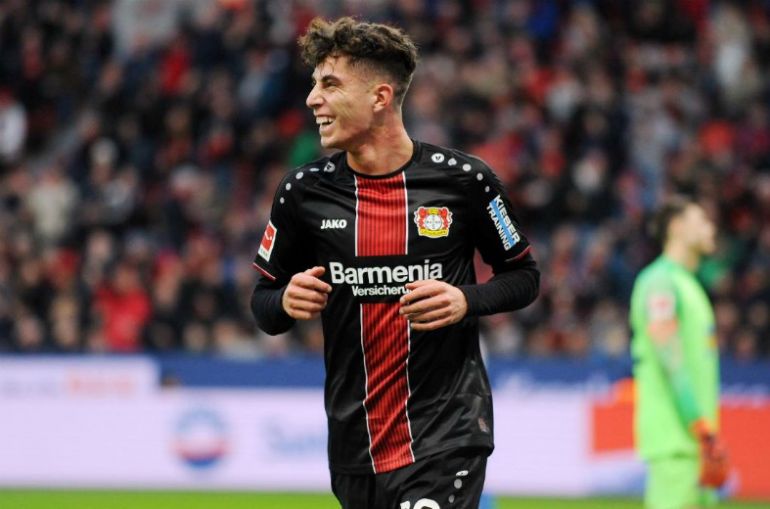 Havertz was phenomenal for Leverkusen last season, the starlet managed to contribute 20 goals and 7 assists in 40 appearances across the Bundesliga and Europa League.

The ace hasn’t been as magical this season, although he has had to seal with some injury troubles. Havertz has just three goals and one assist in 17 appearances across all competitions.

Havertz already has seven senior caps to his name for Germany, he could be Joachim Low’s main man heading into Euro 2020.