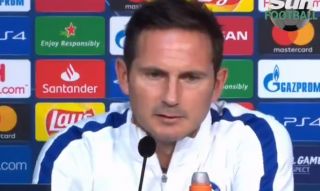 The French international has made 70 appearances for the Blues since joining them from Arsenal, scoring 19 goals and providing 13 assists. This season, Giroud has been anything but a regular under Frank Lampard. He has made just seven appearances across all competitions with Tammy Abraham and Michy Batshuayi being preferred ahead of him. The French striker’s only goal of the season came in the UEFA Super Cup against Liverpool in August.

Football.london claim that Atletico Madrid and Inter Milan are both interested in signing Giroud who is currently valued at €9 million according to Transfermarkt. The 33-year-old’s current contract at Chelsea expires next summer and it’s yet to be seen whether he’ll sign an extension or not.

Given how Abraham has been doing, it’s highly unlikely that Giroud will receive much first-team opportunities from Lampard. He has been a regular for France, scoring four goals during the international breaks this season so far. However, lack of first-team football might see the striker being left out of Didier Deschamps’ squad for Euro 2020.

Giroud’s addition would certainly bolster the attacks of Inter Milan and Atletico Madrid. However, the French international would receive more game time under Diego Simeone as the Nerazzurri already have two quality strikers in Romelu Lukaku and Lautaro Martinez.