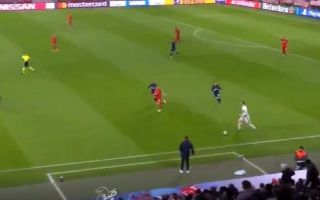 This was inches away from being one of the goals of the season. It’s incredible to think that it’s almost normal to see Manuel Neuer being more advanced than many of his teammates when watching Bayern.

He showed his outfield prowess with at least six Bayern players sitting deeper than him, he broke out and knocked a ball down the line.

The Brazilian then unleashed a wonderful swerving effort from distance that thumped off the bar and into the ground before bouncing to safety:

The angle behind the goal shows it’s actually an incredible save:

This was gonna be coutinho best goal ever , what a screamerrr? pic.twitter.com/qxhN8zYsFV

We are well used to seeing Coutinho produce bit of magic like that from his time at Liverpool, but he struggled for consistency at Barcelona. If he continues to play well in Germany, then Bayern may look to make his signing permanent.