According to Italian outlet Calciomercato, La Liga powerhouses Atletico Madrid and Barcelona are tracking AC Milan captain Alessio Romagnoli with the view of making a potential move for the defender next summer.

Calciomercato add that the Italian giants are reluctant to lose their skipper and that the reported interest in their main man could spur them to discuss the renewal of the centre-back’s contract.

Sempre Milan report that the ace is contracted to the San Siro outfit until the summer of 2022.

Not many defenders at the age of 24 have the experience that Romagnoli has, the ace has wore the captain’s armband for a while and he’s flourished in a high-pressure environment. 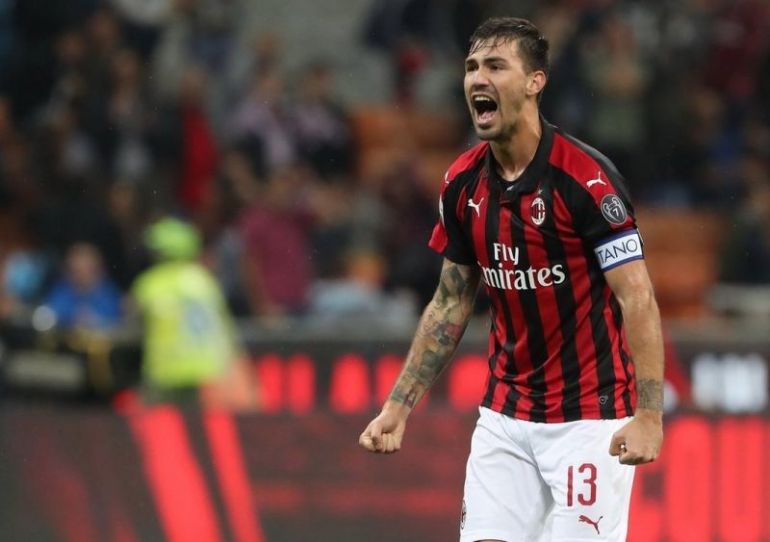 Romagnoli has been one of the few consistent performers for AC Milan this season.

Romagnoli has also been a part of the Italy senior setup for some time now and he’ll be hoping to turn in some solid performances this season to boost his chances of winning a starting berth for Euro 2020 next summer.

The Italy international is certainly one of the top young defenders in the world, so it’s not surprising to see that the likes of Atletico and Barcelona are being linked with his signature.

Barcelona will certainly be eyeing a move for a commanding centre-half in the not so distant future, considering that 32-year-old Gerard Pique is approaching the final years of his illustrious career.