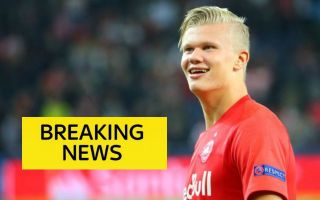 It’s fully expected that Erling Haaland will be making the next step in his career at some point, it just remains to be seen how he decides to approach it.

There’s no doubt that it looks like he’s good enough to play at the very top level, but he’s only 19 and has to be careful when deciding his next club. Should he decide to go straight to the top or move to a very good team with proven examples of developing young talent?

If he wanted to take the second option, then Borussia Dortmund could be the ideal choice. Jadon Sancho is the latest example of a young player who has developed into a star there, but it would still give him the chance to play in the Champions League and in the Bundesliga.

That move looks possible after reports from Germany have indicated he was spotted with his agent arriving in Dortmund for talks. It seems they were met by a Dortmund club official so this could be the clearest sign yet of his next move.

Plenty of other top teams have been credited with an interest. Our recent report indicated that Juventus had made the first move for him, while he’s worked with Ole Gunnar Solskjaer before and fits the type of signing that Manchester United have made recently. 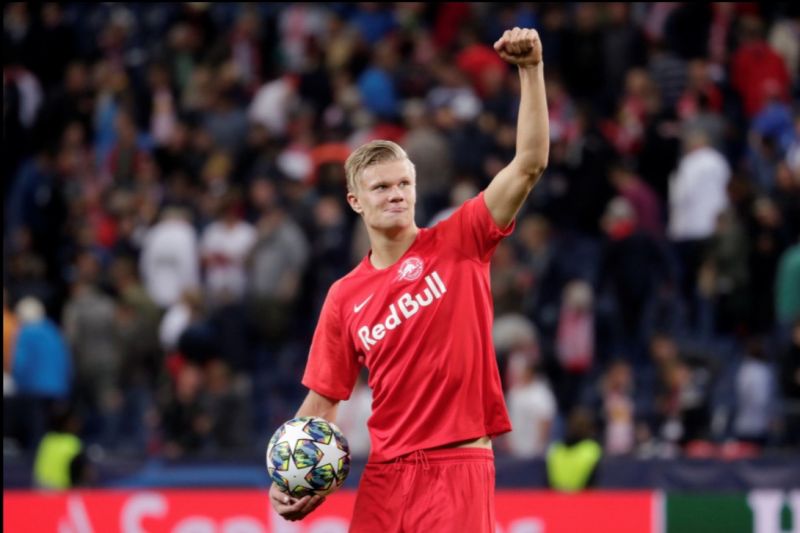 Spotted in Germany for talks

Hopefully we will get some confirmation of what’s happened with these talks and what his next plans are, but remember his agent is Mino Raiola, who has a reputation for a man who drives a hard bargain.

It wouldn’t be a surprise if this was just part of his plan to force a better offer from elsewhere.