Spurs have enjoyed an upturn in form since Mourinho took charge as Mauricio Pochettino’s successor, as they’ve won four of six games under his stewardship thus far.

While there have been setbacks, they are still in the hunt for a top-four finish in the Premier League this season as they sit six points adrift of fourth spot after 16 games.

However, it appears as though there are transfer plans ongoing for Tottenham as Sport Witness note, and as re-reported by The Sun, that reports in Turkey have suggested that Spurs are readying a swoop for Muriqi.

It’s added that the forward is valued at around £18m and has been scouted by Tottenham who are considering a potential move ahead of next season.

With 10 goals in 14 games for his club so far this year, Muriqi is certainly making a positive impression and so time will tell whether or not that leads to a switch to the Premier League in the more immediate future.

Considering their lack of quality depth behind talisman Harry Kane and as they look to continue to try and compete on multiple fronts moving forward, signing another striker seems like a sensible plan from Tottenham with Muqiri perhaps identified as an ideal solution to that issue. 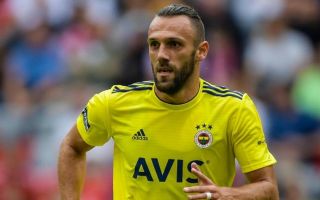 Premier League promotion and relegation this season could play a key role in Spurs’ chase for £30m rated striker May 13, 2020 0:41
Tottenham FC