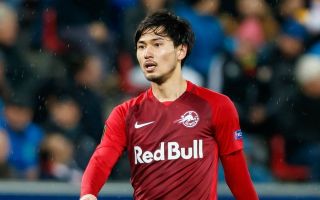 Liverpool reportedly used their strong relationship with Red Bull Salzburg to close in on the transfer of Takumi Minamino.

The Japan international looks to be on his way to Anfield by January 1st, pending completion of a medical, according to various reports in the last 24 hours.

This is an exciting piece of business for Liverpool, and the Daily Mirror report on how important the relationship between their sporting director Michael Edwards and Red Bull Salzburg chief Christoph Freund helped get the deal done.

It seems the pair go some way back, and this may no doubt have helped Liverpool sign other players formerly of the Red Bull franchise in Sadio Mane and Naby Keita.

LFC fans will be delighted to see this connection being used so well, with Minamino looking like being another exciting talent who should be a big hit at Anfield.

The 24-year-old has shone in his time in Austria, particularly in the Champions League, and becomes the latest player to shine after developing at a Red Bull franchise club.

Liverpool will surely exploit this relationship again in the future for more exciting transfer moves.