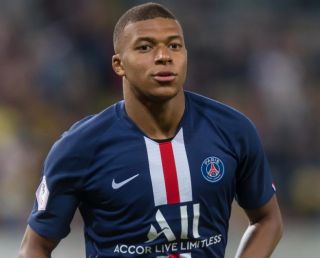 Real Madrid will reportedly try to make a move for Kylian Mbappe in the summer of 2021.

One of the best footballers on the planet, the French international has been in sensational form for PSG. This season, injuries sidelined Mbappe for a while but he has still managed to score 13 goals and provide eight assists in 16 appearances across all competitions.

Real Madrid are interested in signing the 20-year-old and will make a move for him in the summer of 2021 according to Spanish newspaper Sport. By then, he will have a year remaining on his current contract.

It won’t be surprising one bit if a player of Mbappe’s stature ends up at Real Madrid at some point of his career. Los Blancos have the financial muscle and it would be hard for almost any player to reject them.

Mbappe’s best years are ahead of him and he himself may prefer a move to Real Madrid if PSG don’t win the Champions League.