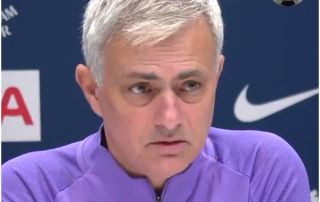 Charlie Nicholas said that Tottenham will register their second defeat on the trot against Wolves this weekend.

Jose Mourinho’s side are currently 7th in the Premier League table and play 6th-placed Wolves at the Molineux Stadium tomorrow. Spurs have won four out of six games under the Portuguese so far.

Wolves had a disappointing start to the season but their results have improved a great deal in the past couple of months. They have gone unbeaten in their last 11 matches and managed to beat Manchester City at home.

Nicholas predicted that Spurs could end up losing 3-2 to Nuno Espirito Santo’s side this weekend. In his column for Sky Sports, the pundit wrote: “This is a cracking game. Tottenham’s defence is leaking goals, but you could see the delight on Jose Mourinho’s face walking away with a 3-1 defeat at Bayern Munich in midweek. Ryan Sessegnon scored the goal which was a positive for him and the team, but nobody played well. He is having to continue the way their habits are.

“Wolves are unbeaten in 11 which is remarkable from their slow start. They have enough in the squad at the moment. – Diogo Jota and Raul Jimenez are both in form and they love an open game of football – they do not like having to manipulate the ball. I am going to go with an entertaining Wolves win.”

Wolves haven’t lost a single match since their 2-5 loss to Chelsea in September. It will be difficult for Spurs to beat them but they have the squad capable of doing so. They need to be a bit more vigilant at the back but they have the attackers capable of beating Rui Patricio.

Looking at the squads of both sides, tomorrow’s fixture at the Molineux Stadium should be an entertaining one with plenty of goals.