According to the Daily Mail, former Arsenal captain Mikel Arteta is set for talks with Arsenal chief Josh Kroenke tonight after emerging as a top managerial candidate for the Gunners.

Sportsmail add that this is the third and final stage of recruitment process for Arsenal, the Gunners seem inches away from appointing their former midfielder as their next permanent boss.

Josh Kroenke is the son of the north London outfit’s owner, Stan. The Mail highlight that Josh will have the final say on whether Arteta will take over at the Emirates Stadium.

News of tonight’s meeting come less than 24 hours after it was reported by The Sun that Arsenal chiefs were seen leaving Arteta’s house at 1am after late night talks.

Should Arteta come through the interview with flying colours, the matter of paying compensation to Manchester City would be the final part of securing his appointment.

The Telegraph indicate that Arteta has just 18 months left on his current contract with the Premier League champions. 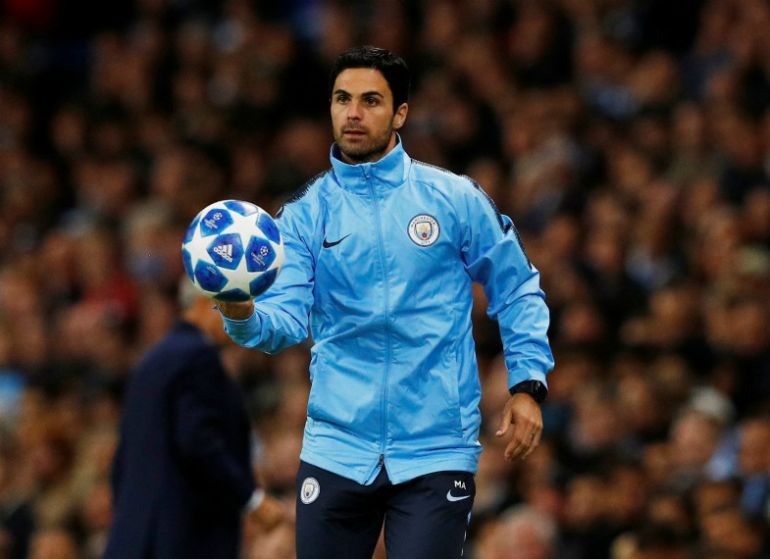 Arteta has been honing his craft under the tutelage of Pep Guardiola at Manchester City in recent years.

Arteta made 150 appearances for Arsenal during a five-year spell in north London, given his ties to the club it seems as though the retired midfielder would be a great option to take the club forward.

Arteta has been honing his craft as Pep Guardiola’s assistant at Manchester City for the past few years, his knowledge of both Arsenal and the Premier League may make him the ideal replacement for Unai Emery.

The Gunners need to make an appointment before the busy Christmas and new year period kicks off, club legend Freddie Ljungberg has failed to inspire a change in fortunes during his caretaker reign of the side.