It will be interesting to see how Liverpool decide to approach the next few transfer windows. They don’t have any obvious flaws in the first team but could risk letting things get stale if they don’t sign anybody.

Unless any of their huge names leave, it makes sense to continue adding younger players who have the talent to push the first team players for their spot rather than throwing money around and possibly upsetting the balance of the team.

Sepp van den Berg seemed like the perfect example of this when he arrived in the Summer, he’s young and showed he was good enough to play some senior football despite his young age. According to a report from 90min.com, there could be another similar addition.

They claim that Liverpool are expected to beat some of their Premier League rivals to the signing of Coventry City full back Sam McCallum. It’s then expected that he would return to Coventry on loan for the rest of this season, before returning to push Andy Robertson for a place next year.

His story is an interesting one, he’s only 19 but actually made the step up to senior football from Herne Bay in 2018, so his route to professional football isn’t the usual one. 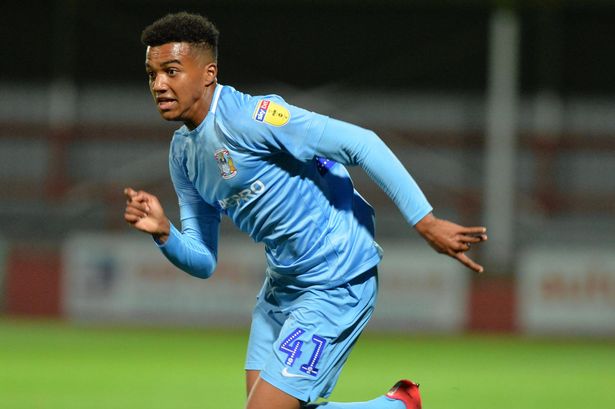 They also indicate that he can play at right back and in midfield so his versatility is another thing that’s impressed visiting scouts. There’s no sign anywhere over how much Liverpool would need to pay to land him, but it’s unlikely to be a huge amount.