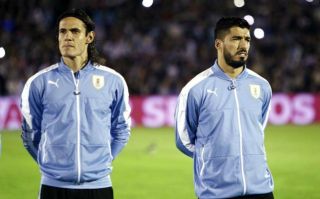 We’re getting closer to Inter Miami playing their first competitive fixture as they prepare for their first season in MLS, but the squad is still under construction.

As a brand new team with no history, it’s vital that they get the local supporters interested and generate some decent attendances. The easiest way to do that is to get some big names into the club that people will want to see.

READ MORE: Reports from France suggest Real Madrid have positioned themselves to move for wonderkid

Attacking players always generate the most attention, so it makes sense to go after a big striker. A recent report from Gianlucadimarzio.com has indicated that Miami have an agreement with PSG striker Edinson Cavani, but he’s yet to sign any contract.

That means that a fellow MLS team could be primed to step in. LA Galaxy need a new star after Zlatan Ibrahimovic departed the club, so the Uruguayan could be the perfect replacement. He might not be as big a personality, but he’s shown he’s a world class striker who scores a lot of goals.

He’s nearly scored 200 goals in Paris in only 289 games so should be a big miss, but Mauro Icardi has taken the starting role recently and it looks like Cavani could be expendable.

The report also suggests that someone from LA Galaxy met with Cavani in Paris recently to discuss a possible move, and he could even be available in January rather than waiting until his contract expires in the Summer.