In theory this should be the absolute pinnacle of the footballing calendar as the champions of every continent gather to fight it out to see who is the best team in the world.

In reality, Liverpool would be delighted to win the Club World Cup but it’s more of a nuisance than anything else right now. They are in the midst of a vital run of Premier League games and could do without flying half way round the world. They’ve also been left to play a reserve side in the Carabao Cup tonight.

The Club World Cup does seem to mean much more to the South American sides, but Liverpool might as well try and win it while they are these. They should be heavy favourites for the competition, but they are set to be without one of their key players for the semi final according to a report from Sky Sports.

Georginio Wijnaldum might not go down as one of the most notable names on the team sheet, but he’s made some vital contributions and is very important for Jurgen Klopp in the midfield. 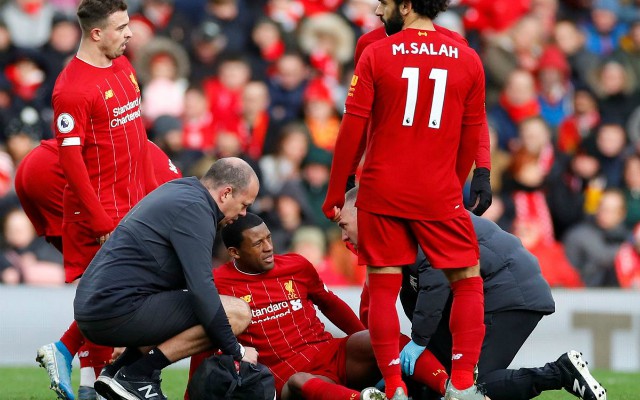 Wijnaldum is struggling with an injury.

He’s brilliant at helping the team press but also has the quality to cause damage in the final third, he might not be outstanding at any one thing but that all round ability is what makes him such a crucial part of the team.

It’s not clear if he would be fit for the final at this point, it’s described as a hamstring injury which isn’t something you can just play through, so his status for the entire competition seems to be in doubt.