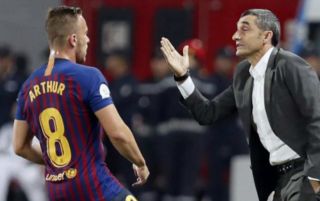 How do you replace two of the finest midfielders of our generation? Barcelona still appear to be searching for the answer to that question after seeing Xavi and Andres Iniesta finally retire a few years ago.

They’ve still enjoyed success over recent years, but the midfield has seen plenty of players come and go without really nailing down a regular spot. Sergio Busquets is still a world class presence in the holding position, but the Xavi and Iniesta roles are still to be properly filled.

Ivan Rakitic did look like the answer for a while but he’s been out of the team lately and is getting older, while Frenkie de Jong and Arthur could still prove to be what Barcelona need. A big performance against Real Madrid could go a long way to establishing themselves as true stars in the team.

Unfortunately for Arthur, he won’t get the chance to play on Wednesday night after AS confirmed he’s still suffering a niggling injury in the “pubis” region and he won’t be available for the game.

Interestingly they also note that he was spotted snowboarding a few weeks ago which might have made the problem worse, but there’s no official confirmation of that. You would imagine Barca would be furious if he has injured himself doing another sport while he’s meant to be recovering. 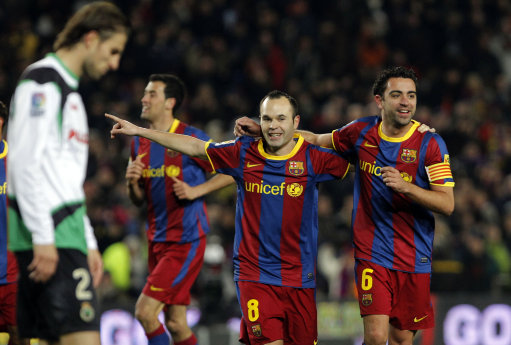 Apart from the Brazilian and Ousmane Dembele who is a long term absentee, it does look like Barca have everybody else fit for this one.

It will be interesting to see who starts in his place, Arturo Vidal has played a lot recently so he seems like the most logical option, while this could be a big chance for de Jong to show he can live up to those great names that he’s been tasked with replacing.