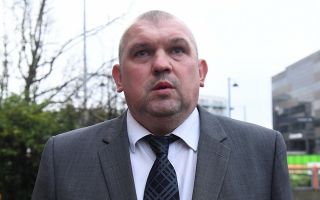 According to Sky Sports News, ex-Premier League striker Neil Shipperley has avoided jail time after pleading guilty to exposing his genitals in public.

The former England Under-21 international made 149 appearances in the Premier League.

Sky Sports add that Shipperley indecently exposed himself to a mother and her 16-year-old daughter whilst sitting in his van as he drove alongside the pair in west London.

Whilst the court heard that the retired frontman has suffered some troubles in his personal life recently, this kind of behaviour can never be justified.

Sky Sports report that Shipperley has been ordered to complete a 12-month community order, 120 hours of unpaid work and pay a victim surcharge of £90.

Shipperley was also ordered to pay costs of £85 and compensation of £200.

Sky Sports reiterate that the court heard that the 45-year-old indecently exposed himself to the mother and daughter after allowing them to cross a road.

Shipperley completed his disgusting acts after winding down his window and stopping his vehicle. The court even heard that the former Chelsea star followed his victims as far as a set of traffic lights.

Do you think a community order is a fair and just punishment for such an act?