According to the Liverpool Echo’s Ian Doyle, Reds boss Jurgen Klopp hinted that he would’ve liked to have transfer target Takumi Minamino at his disposal for today’s Club World Cup clash against Monterrey.

The Reds sealed a place in the Club World Cup final thanks to a late winner from Roberto Firmino. Check it out here.

Klopp asked about Minamino (looks to #LFC press officer): I can't speak about it! But if he could come… he'd have been really good here today, I could have brought him on. But we have to wait for that one. Sorry.

The Daily Mail’s Dominic King reported this morning that Japanese star Minamino was set for a medical with the Champions League holders today.

The Mirror reported last week that the Reds beat rivals such as Manchester United to agree a bargain fee of just £7.25m for the versatile attacker that’s starred for Salzburg this season. 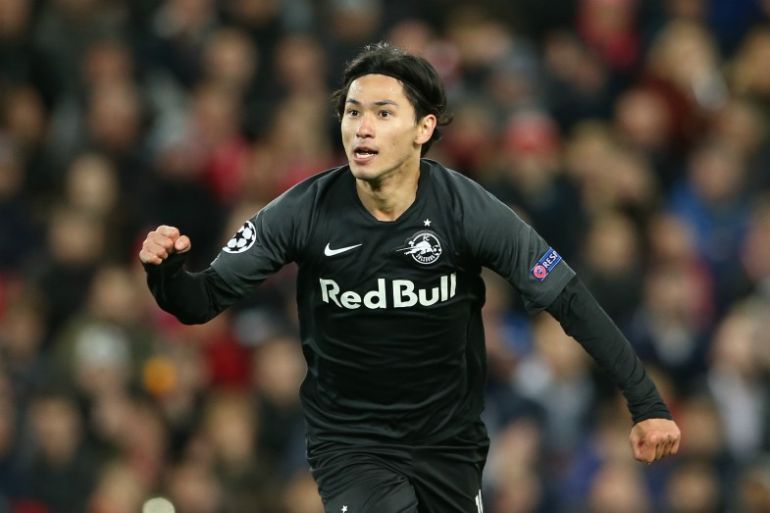 Takumi Minamino is being strongly linked with a transfer to Liverpool.

Minamino registered two goals and three assists in Salzburg’s six Champions League group stage games this season, the 24-year-old caught some fans’ eyes with his brilliant performances against the Reds in particular.

The Japanese ace would be a wonderful addition to Liverpool’s squad.

The Salzburg starlet still has plenty of time to take his game to the next level and his versatility would be something that Klopp could call on in many different scenarios.