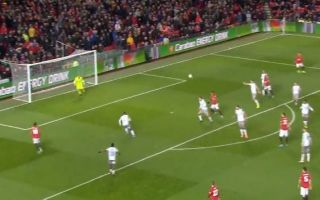 This was always a bit of a lose-lose situation for Man United and Ole Gunnar Solskjaer tonight against a weaker opponent, but they seem to be sailing into the semi-finals.

You can point out that it is only against Colchester, but this passing move is fantastic to watch, they just stroke the ball about at will before Rashford and Martial combine to finish the move and seal the game:

It’s interesting to note that Solskjaer went with a mostly full strength side tonight, but this could be United’s best chance of winning something this season so it’s vital they won the game.

They’ve also been on a decent run so there’s no harm in keeping the momentum going and letting his strikers get a few goals either.