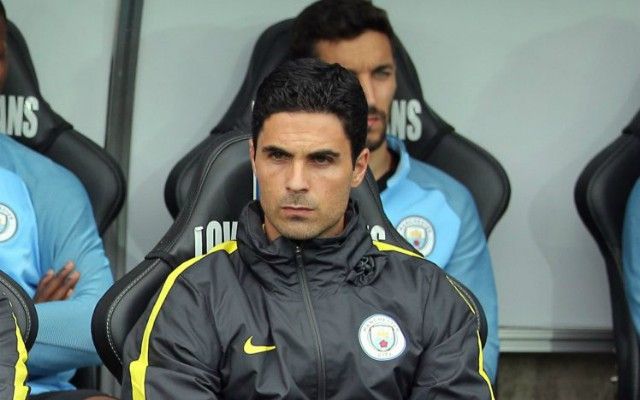 Arsenal have delayed their Thursday press conference until tomorrow and pretty much everyone seems to agree it must be related to Mikel Arteta.

Gianluca Di Marzio and others have reported on a deal looking all but done to snap up the Manchester City coach and name him the permanent successor to Unai Emery at the Emirates Stadium.

Arteta has impressed in his time working under Pep Guardiola at City, and of course has his Arsenal connections after spending five years at the club as a player, with two of those as the club’s captain.

Caretaker boss Freddie Ljungberg was due to speak to the press today, but it could now be that Arsenal are preparing to put the finishing touches on hiring Arteta.

#afc Arsenal press conference, due for 1.30pm this afternoon, has been postponed…

This would then perhaps allow him to speak to the press tomorrow instead as he prepares to potentially take charge of his first game against Everton in the Premier League this weekend.

wonder what could be the reason https://t.co/UuuIBIu6SH

As Freddie walks in for it tomorrow, this guy walks up and taps him on the shoulder "It's cool, I've got this". pic.twitter.com/7Zg6NkqU5N

Bcoz Arteta will be taking it!!

Arsenal's press conference has been postponed. I suspect they're waiting to unveil Arteta tomorrow.

This means Arteta would be announced today and face the press tomorrow. https://t.co/8hv8Wy7XVg