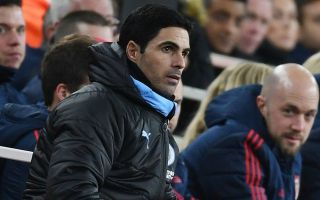 Mikel Arteta’s move to Arsenal could be edging closer as removal fans have apparently been spotted outside the Spaniard’s house.

The 37-year-old former Gunners midfielder is widely expected to leave his role as Manchester City assistant manager in the next couple of days, and this could be photo evidence that he’s on his way to north London. 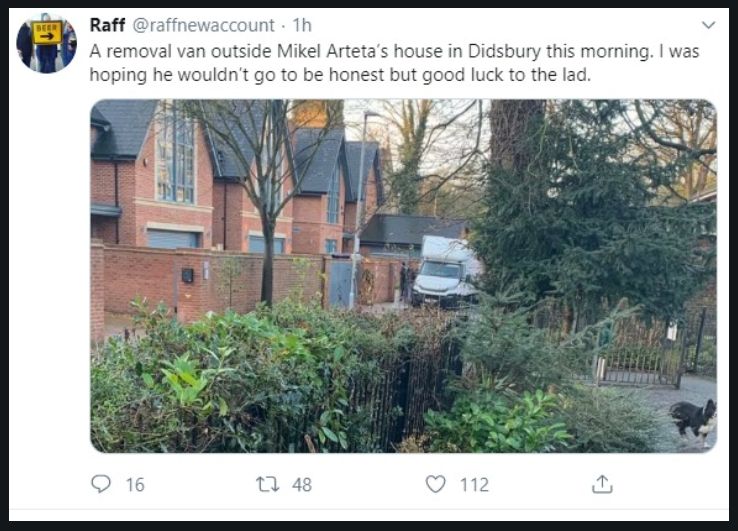 Arsenal fans will hope this can be wrapped up soon, though speculation suggests Arteta won’t be brought in in time to take charge of the team for this weekend’s game against Everton.

Freddie Ljungberg has been caretaker boss since Unai Emery’s sacking, and is expected to remain in charge for the trip to Goodison Park.