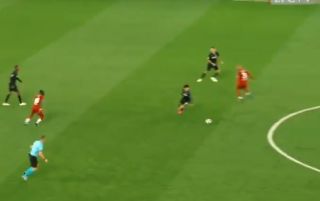 Liverpool have posted a clip of some highlights from their new signing Takumi Minamino – and it’s not exactly great news for Fabinho!

Watch below for Minamino’s best moments during a Champions League clash with Liverpool earlier this season, as he time and time again gets the better of Reds defensive midfielder Fabinho.

First he evades him brilliantly with a clever first touch to set up an attacking move, while other clips show him getting into dangerous areas that the Brazilian should really be in control of.

Of course, highlights like this don’t tell the full story, but there’s no doubt Minamino really impressed in this game and Fabinho might not be looking forward to coming up against him in training!