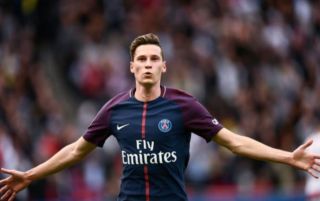 It’s that time of year where we get to see every decent player linked with another club in one way or another. Most rumours that you see will involve a massive price tag, but this could be an under the radar bargain if someone makes the move.

Julian Draxler is hardly an unknown player, in fact it seems like he’s been talked about for ages but he’s still only 26. When you consider that he’s in his prime, has over 50 German caps and has played over 300 games at the top level, it would be fair to expect a hefty price tag.

A report from RMC Sport has indicated that this isn’t the case, as they claim PSG don’t want to let him go out on loan but would be happy to sell him for a fee of around €20m. In the current market, that could be a steal.

In terms of teams who need a creative presence who can look after the ball and provide some service to the front line, then Manchester United are an obvious shout. The midfield and attack can look disjointed at times and it makes it difficult for them to control a game or make chances.

Draxler would provide an immediate upgrade in that position and his versatility would also be useful. He could play behind a striker, deeper in the midfield to help take the ball from the defence, or even out wide if needed.

Draxler in action for PSG

The fee would be affordable and he’s still young enough to fit into the type of player that Ole Gunnar Solskjaer has been targeting. We often see a lot of nonsense in the press when the transfer window is approaching, but his could be perfect for United if he is available and could provide the missing piece in the midfield.

He’s only featured in two league games this season so it’s hard to see PSG standing in his way.