Admittedly it could cause some issues and probably isn’t great for safety and everything, but some plans deserve to be successful just for the sheer audacity of them.

The Clasico between Real Madrid and Barcelona was always going to be tense given the political situation, so the fans would’ve been expecting to go through some fairly intensive searches when trying to get into a game.

According a video in a report from Marca, one fan almost managed to sneak a laser past the security searches by hiding it inside a baguette. You can see the actual video through the link. 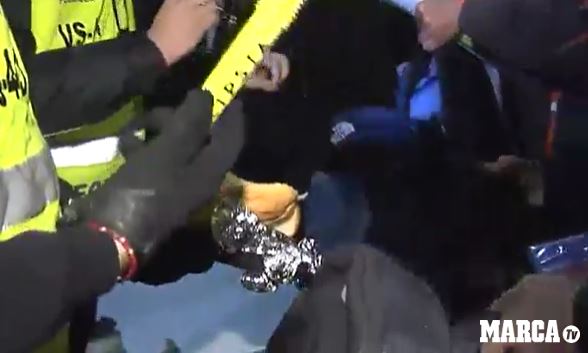 The laser and the baguette

It’s hard to say how that situation would go down when attending a game in Scotland, even going close to a ground with a bottle of juice is bound to make the police a bit nervous so who knows what happens if you march confidently towards the turnstiles with a large baguette in hand.

There’s no translation with the video, but you have to presume the person who was caught was doing their very best “how did that get in there?” excuse.