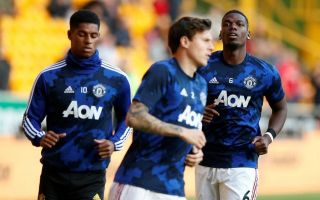 According to Don Balon, the France international remains a transfer target for Real Madrid, despite the Spanish giants not being willing too pay over the odds for the player.

Still, Real could be helped if Pogba tries to force a move away from Man Utd, which could put his club under pressure to lower their demands for the 26-year-old.

Many United fans would surely feel it’s not worth holding on to Pogba anyway after his relative lack of impact at the club in recent times.

Despite looking an exciting signing when he joined from Juventus in 2016, Pogba has not really lived up to expectations in his time in Manchester.

Whilst obviously a world class talent on his day, Pogba has been far too inconsistent for much of his United career and has also had his injury struggles this season.

If the Frenchman is really so desperate to leave that he’d be prepared to hand in a transfer request, then perhaps MUFC would do well to simply cash in and move on.