New Arsenal manager Mikel Arteta has aimed a dig at his predecessor Unai Emery immediately after being announced as Gunners boss this afternoon.

The Spaniard joins Arsenal from Manchester City, where he is widely viewed as having played a key part in Pep Guardiola’s side’s immense success and stylish football.

Of course, Arsenal were once upon a time known for playing entertaining, attack-minded football as well, though that was definitely not the case under Emery.

Gooners will be glad Emery was recently sacked by the club, and will hope Arteta’s promise in the graphic below can come to pass… 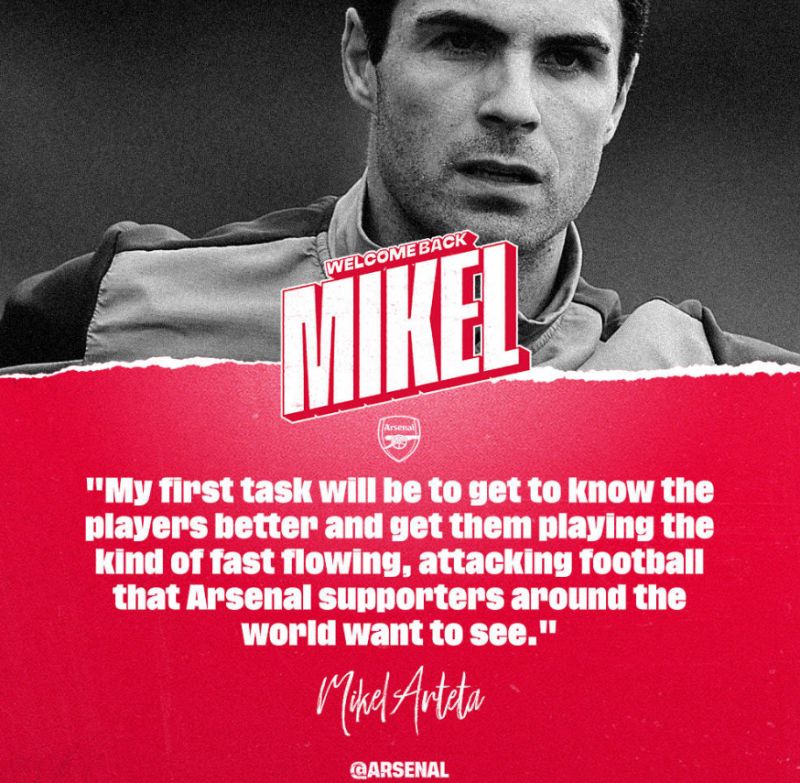 This is undoubtedly a huge challenge for Arteta, however, who is stepping into his first job in football management.

It’s a big change from simply being an assistant to Guardiola, and fans will hope this gamble can pay off for their club.

Still, having learned from the best in his time at City and from playing under the legendary Arsene Wenger, perhaps the 37-year-old will at least be a better philosophical fit than Emery ever was.