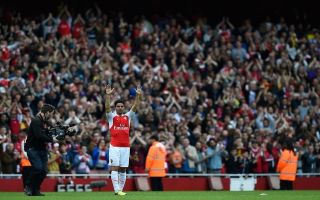 According to Football.London, newly-appointed Arsenal manager Mikel Arteta has vowed to give ‘every drop of blood’ in order to make the Gunners better.

Arteta, who joins Arsenal after acting as Pep Guardiola’s assistant at Manchester City for three-and-a-half years, made the vow after being questioned about his managerial inexperience.

Arteta’s return to the Gunners was announced earlier today, as per Arsenal’s official website, the Spaniard has signed a three-and-half-year contract with the north London outfit.

The 37-year-old enjoyed a five-year spell with the Gunners, making 150 appearances. The Spaniard also captained the Premier League giants.

Here’s the Spaniard’s response to those doubting his experience as he takes first steps into management:

“I completely understand their concerns… I will give every drop of blood for this football club to make it better.”

See More: Arteta told press that he feels like he’s ‘back home’ in his opening statement of his first ever press conference since being appointed Gunners boss.

Arteta’s passionate first press conference seems like a breath of fresh air in a game that is often surrounded by negativity.

Of course the jury will still be out on Arteta’s managerial talents in the early stages of his reign at the Emirates, but football fans can’t question the Spaniard’s desire as he begins a new journey with his former club.