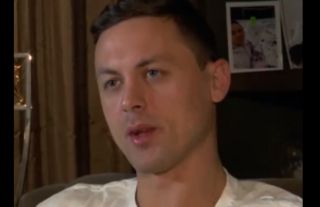 Manchester United midfielder Nemanja Matic gave an intriguing response to a question about a potential transfer to rivals Tottenham.

The Serbia international has not been as much of a regular for Man Utd this season after a dip in form, and there has been some talk of a move away from Old Trafford.

? "If Jose Mourinho called you, would you be interested in going to @SpursOfficial?"

? "In the future, we will see what happens." pic.twitter.com/q1a1PaFUe7

Although the former Chelsea man did not give too much away, he certainly didn’t rule out making the move to north London.

When asked about joining Tottenham and working with Mourinho again, Matic simply said he’s happy where he is but that you never now what could happen in the future.