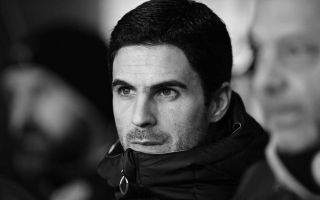 Yes that’s right, Arsenal, a once-great club pretty much on its last legs right now, are about to take an almighty gamble on someone who’s never managed a game of football in his life.

Arteta is no doubt very highly rated after his work alongside Pep Guardiola at Manchester City, and yet we don’t hear about any other clubs of comparable size trying to snap him up.

There has been some talk of interest from Everton and Newcastle, as reported by the Metro, but neither move happened and it looks like the Spaniard is genuinely going to take his first steps into football management at one of the historically biggest clubs in Europe, let alone England.

Some will point to Pep Guardiola at Barcelona and Zinedine Zidane at Real Madrid as similar examples, but both had managed the B teams at those clubs, and, unlike in England, those sides actually compete in the lower divisions of Spanish football. Frank Lampard and Ole Gunnar Solskjaer represented similarly inexperienced names at Chelsea and Manchester United, respectively, but also came in with considerably more experience by comparison, with Lampard leading Derby County to the Championship playoff final last season, while Solskjaer had managed with Molde in Norway and had a brief stint in the Premier League with Cardiff City.

Arteta, still only 37 years old, has only ever worked alongside Guardiola at an extremely well-run club with a squad full of expensive, world class players in every position. Forgive me for thinking this doesn’t exactly scream of being qualified to be thrust into taking charge of a crisis-ridden Arsenal in the middle of the season.

Some have brought up previous gambles by Arsenal in the past, with Bertie Mee stepping up from club physio to become a very successful manager back in the 1960s, while George Graham and Arsene Wenger were not the biggest names when they took over either.

There is, however, no comparison; these were very, very different times. A better comparison might be to look at Sir Alex Ferguson’s various assistants who fancied themselves in management – Carlos Queiroz, Rene Meulensteen, Mike Phelan – and see how they got on. The game is not exactly littered with great managers who started out as assistants, with Jose Mourinho a notable exception, and, at a stretch, Steve McClaren.

In fairness to Arsenal, there is no easy solution to their current crisis, and there are justifiable doubts about the other big names who are available. Would the likes of Massimiliano Allegri or Carlo Ancelotti really be suited to the rebuilding job needed at the Emirates Stadium? Would they, or other leading tacticians like Mauricio Pochettino actually touch this cursed job right now?

That said, to not at least be able to go for a Brendan Rodgers or an Eddie Howe shows the state Arsenal are in. This big name, this famous red and white shirt and cannon on the club crest, should show some self-belief before it’s too late.

As things stand, the Gunners may still have it in them to get someone with the lure of lifting a squad containing top talents like Pierre-Emerick Aubameyang, Alexandre Lacazette and Nicolas Pepe. In a year or two, if this massive gamble on Arteta doesn’t work out, what will be left of this club?

A report from the Independent already states as many as half this AFC squad are considering their futures at the Emirates. If Aubameyang and others go, and there’s no Champions League, or perhaps even Europa League football at this rate, on offer, and the club are being led by a total rookie, who’s going to want to join?

Again, yes, Chelsea, Man Utd, Real and Barca have made similar appointments in recent history, but none were in the situation Arsenal are in now when they did it. For Spain’s big two, a flop season here and there barely registers – La Liga is not nearly as competitive, so even a dire season still usually means easy qualification for the Champions League, and the glamour of those two giants will always endure. Similarly, Chelsea and United, for all their own problems, have shown themselves to be serial winners in the last decade and have the money to put things right if all else fails. None of this is the case for Arsenal.

Some may well feel things have got so bad at Arsenal that they have nothing to lose, but it’s quite the opposite. This is a monumental stab in the dark at the precise moment this club still has a chance to save itself. If it works, it will prove to have been a masterstroke by those in charge at the club, but given the track record of these owners, there seems little reason to believe that will happen, when in fact it will most likely be the final nail in Arsenal’s coffin.