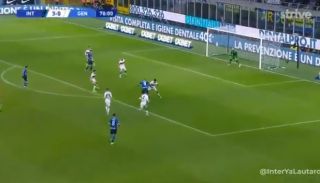 Romelu Lukaku has scored an absolute belter for Inter Milan in their game against Genoa today.

Watch below as the former Manchester United striker continues his remarkable improvement since his move to Serie A this summer.

This is Lukaku’s second goal of the game today, with the Belgium international proving a big hit at the San Siro.

Man Utd fans will be disappointed they didn’t see a more confident Lukaku during his time at Old Trafford, but sometimes even the best players and biggest clubs don’t always prove the right fit together.