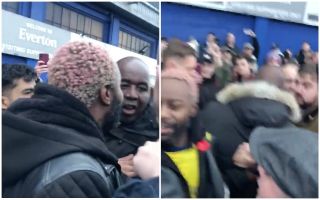 During Arsenal’s 0-0 draw with Everton this afternoon, some supporters were heard singing ‘Get Arsenal Fan TV out of our club’, this stand against Arsenal fan channel AFTV spilled out after the match as well.

AFTV, formerly known as Arsenal Fan TV, has been slammed by some supporters for a while now, with the channel being perceived to be a major reason behind fans’ negativity towards the Arsenal players in recent years.

AFTV host Robbie appears to have been surrounded by some angry Arsenal supporters after today’s match, with many fans heard chanting for the channel to ‘get out of our club’.

One fan can actually be seen taunting Robbie with a £5 note, perhaps this supporter thinks that AFTV is happy to slam the club and its players to make money.

Take a look at the moment Robbie was mobbed below:

No need to abuse Robbie but the message is clear that the presence of ?@AFTVMedia? isn’t welcome any more pic.twitter.com/h2qQdjxPED

Regardless of what you think about AFTV, Robbie doesn’t deserve this. The guy just made a platform for fans to voice their opinion but gets so much hate for it. Feel sorry for him. pic.twitter.com/RYONZiZBJj

Things become so uncontrollable after the match that Robbie actually had to be escorted away from Goodison Park by police.

Is Robbie really the person to blame for the negative cloud that often surrounds Arsenal’s players? Some fans have crossed the line with their treatment of the AFTV host after the game. 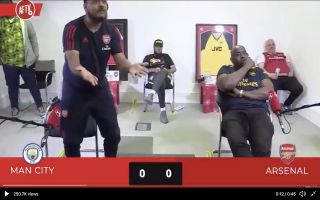 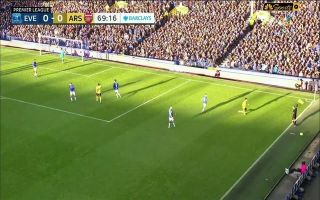 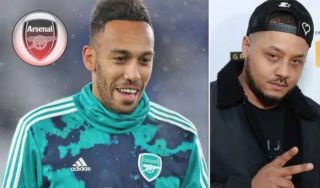