Chelsea have enjoyed quite the decade, the Blues have firmly established themselves as a powerhouse of world football, Roman Abramovich’s massive investments into the west London outfit have certainly paid off.

The Blues have won 10 major trophies this decade, including three Premier League titles, three FA Cups and their first ever Champions League title.

Chelsea’s first match of this decade was a FA Cup tie against Watford on the 3rd of January 2010, take a look at the side that beat the Hornets 5-0 at Stamford Bridge and where they are now…

Brazilian stopper Hilario acted as a backup goalkeeper for the Blues for eight years, the ace made one of his 39 appearances for the west London outfit during this clash.

The Blues cult hero actually won his only cap for Portugal during this season.

The Brazilian has continued to be a reliable servant to Chelsea since retiring and he’s worked his way up the coaching ranks to become a part of Frank Lampard’s current backroom team. 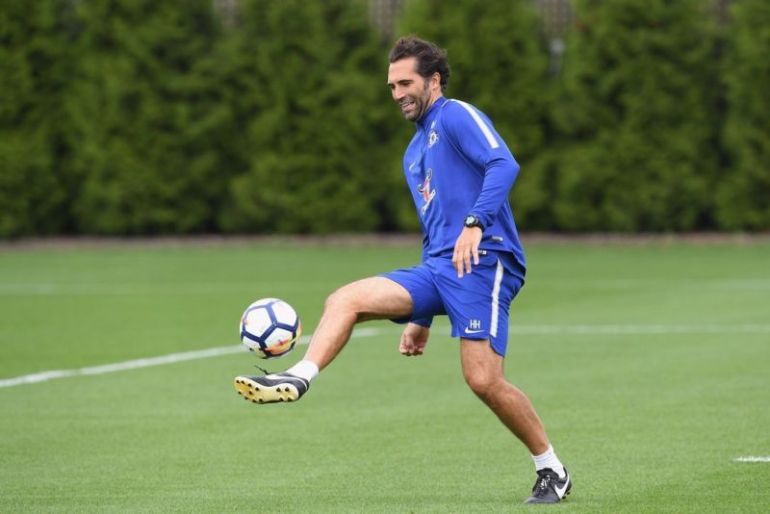 Ivanovic was a rock in Chelsea’s defence for several years, the Serbian star enjoyed a nine-year spell with the Blues before joining Russian giants Zenit Saint Petersburg and he’s still a staple in Zenit’s team to this day.

His reliability is undoubtedly one of the reasons why he was named in Alan Shearer’s Premier League team of the decade.

It’s not surprising to see that Ivanovic is Serbia’s highest capped player with an astonishing 105 appearances to his name.

John Terry is still regarded as the best defender in Chelsea’s illustrious history – and it’s pretty likely that this will be the case for many years to come.

Terry captained the Blues to 9 major trophies this decade. The former England international left the Blues in the summer of 2017 to join Aston Villa.

The centre-back hung up his boots after one season at Villa Park and has since become the Midlands outfit’s assistant manager.

There’s no doubt that he’ll be taking his first steps into management soon.

Powerful Brazilian defender Alex featured for the Blues against the Hornets, the centre-back enjoyed four-and-a-half-years with the west London outfit’s first-team before reuniting with Carlo Ancelotti at PSG.

He even played for AC Milan for a couple of seasons after his spell with the French giants before hanging up his boots.

For a defender, Alex had a hell of a right-foot, his free-kick ability was insane – take a look at one of the Brazilian’s stunners against Arsenal below:

As we’ve mentioned in our team of the decade piece for Chelsea, the Blues are yet to replace Ashley Cole – similarly to teammates John Terry and Frank Lampard, we think the west London outfit may never find players like this ever again.

After achieving it all during his time with the Blues, Cole headed abroad for spells with Italian giants Roma and MLS powerhouses LA Galaxy. 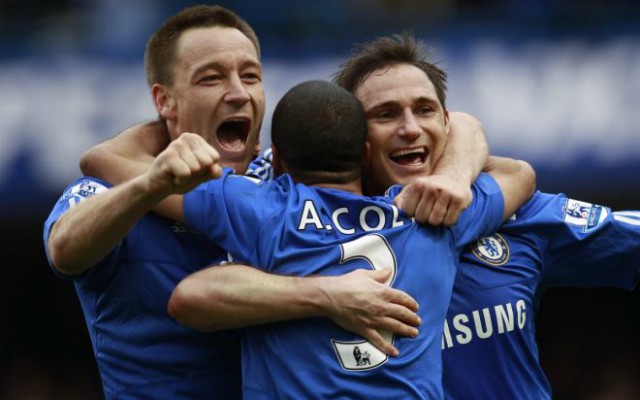 The left-back even returned to the British Isles for a season with Derby under former teammate Lampard, to this day Cole is still one of the best full-backs to ever hail from England.

These Chelsea fans loved the club’s decision to bring the defender back to the Blues as an Under-15s coach.

The Blues signed Brazilian full-back Juliano Belletti from La Liga giants Barcelona in 2007 and the Samba star proved to be a reliable servant to Chelsea before leaving when his contract expired in the summer of 2010.

Belletti showcased a fantastic work-rate which shouldn’t be forgotten by supporters, the ace returned to his homeland for a spell with Fluminense before deciding to hang up his boots a year later.

Belletti won 23 caps for Brazil during his career.

Some Chelsea fans will love that Frank Lampard has essentially come full circle over the last decade, the retired England star has went from the Blues’ midfield maestro to becoming their manager.

Lampard played an entire season for the Manchester outfit before eventually heading to the MLS where he later hung up his boots.

Lampard got on the scoresheet in this FA Cup clash against Watford.

Joe Cole has rightfully gone down as one of the most technically gifted English players of his generation, the playmaker enjoyed seven years with Chelsea before joining Liverpool on a free transfer.

Cole’s spell with the Reds included a season-long loan with French side Lille. The attacking midfielder left the Merseyside outfit in January 2013 to return to boyhood club West Ham United. 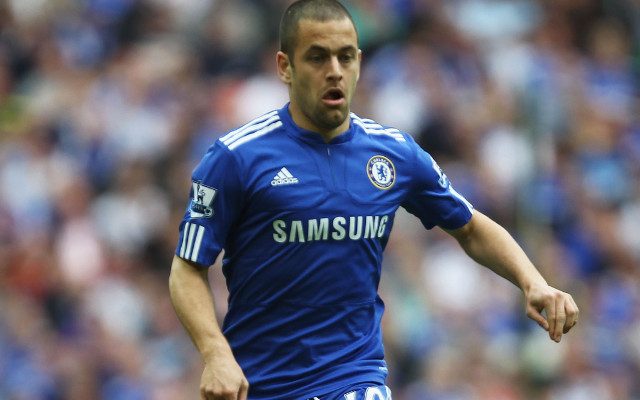 Joe Cole in action for Chelsea.

Cole’s dream return only lasted 18 months and he later joined Aston Villa. The ex-England international played just over a year with the Villains before joining Coventry City on a loan deal which later became permanent.

After leaving the Midlands outfit Cole joined American side Tampa Bay Rowdies – this is where he started his first coaching role.

Football fans still get to see Cole on our screens as he’s enjoying life as a pundit for the likes of BT Sport.

Malouda is one of Chelsea’s best wingers of the last decade, hitting some of his best form across the 2009/10 and 2010/11 seasons and being rather unlucky to now be something of a forgotten great.

Malouda grabbed Chelsea’s third against Watford in their first game of the decade.

The 80-cap French star was with the Blues for six years before joining Turkish giants Trabzonspor, the winger also had spells with Metz, Delhi Dynamos and Wadi Degla before calling time on his playing career after a spell with Luxembourg outfit FC Differdange 03.

The former Blues star did start a coaching career with Swiss side FC Zurich but this came to an end after just two months, Malouda actually only realised he’d been relieved of his duties after finding out on Twitter.

Malouda will always be loved by Chelsea fans, the inside-forward grabbed plenty of crucial goals for the Blues.

Chelsea is the only non-Russian club that Zhirkov has played for to date. The versatile left-back/left-winger only spent two seasons with the Blues before being sold to Anzhi Makhachkala.

Zhirkov’s only goal for Chelsea was this stunning volley.:

On this day: 2010 – Yury Zhirkov scored THIS goal for #Chelsea. #CFC pic.twitter.com/ohtwicqUvy

The Russian star joined Dynamo Moscow after his spell with Anzhi and is currently playing his trade for Zenit – alongside former Blues teammate Branislav Ivanovic.

Zhirkov’s best performance for Chelsea was undoubtedly his display against Manchester United in March 2011.

The Russian ace won a penalty and saw his shot deflected into the net to complete a late comeback for the Blues against the Red Devils. Zhirkov managed to do this after coming on in the 71st minute of the tie.

Sturridge was Chelsea’s star performer in the win against Watford, the pacy forward bagged a brace against the Hornets.

This was actually Sturridge’s first season with the Blues, the ace only joined from Manchester City in the summer of 2009.

Sturridge left Chelsea for Liverpool and it was in Merseyside where he became a fan favourite. The England international struck up a deadly partnership with Luis Suarez but injuries unfortunately hindered the ace. 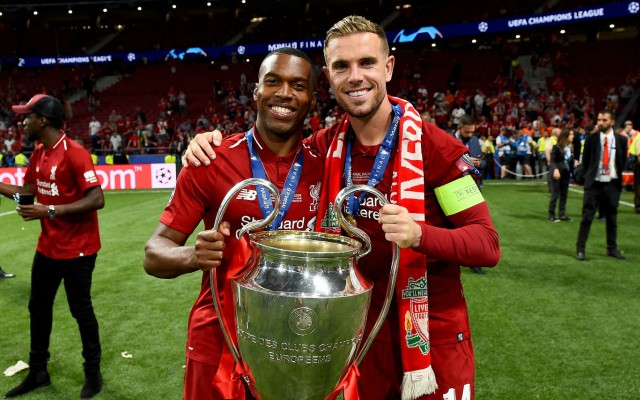 Sturridge had a loan spell to forget for West Brom before returning to Liverpool last season. Before leaving the Reds this summer, he did manage to get his hands on the Champions League trophy.

Sturridge actually became the first Englishman to win the Champions League with two different clubs after the Reds’ triumph in Madrid.

The ace can certainly be proud of a career that saw him score in the Premier League 76 times.

The Brummie is currently tearing things up in Turkey for Trabzonspor, take a look at one of the 30-year-old’s recent fine finishes.

After the FA Cup thrashing of Watford, Chelsea went on to achieve one of the most successful seasons in their history as Carlo Ancelotti led the Blues to a Premier League and FA Cup double.