Arsenal fans are almost all united in wanting to see Nicolas Pepe come on for the second half of today’s Premier League clash at Bournemouth.

The Gunners are losing 1-0 at half time, with Dan Gosling’s goal giving the Cherries the lead in what has been a disappointing debut for new manager Mikel Arteta so far.

Arteta obviously can’t fix the long list of problems at Arsenal all at once, but it does look like he could tinker with this line up slightly for the second period of the game.

Pepe has not had the best of times since his summer move to Arsenal from Lille, but many fans want to see him come on in place of Reiss Nelson.

The AFC youngster has not made much of an impact in the first half and it’s hard to imagine Pepe would be any worse. 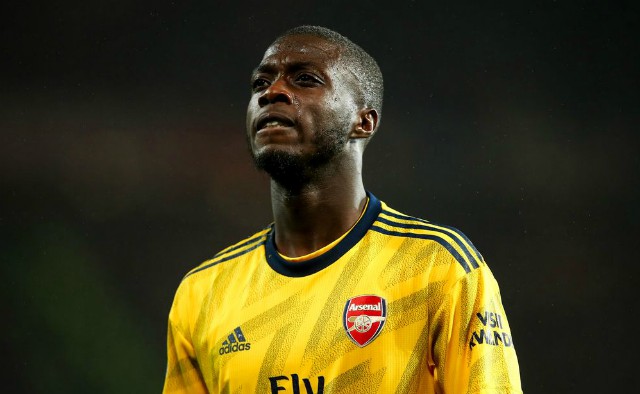 Nicolas Pepe has had a slow start to life at Arsenal

The Ivory Coast international was a big-money buy and has now surely had enough time to settle.

Sub Nelson for Pepe at half time

Pepe needs to come on for Nelson or Lacazette.

Nelson off. Pepe on

Pepe on a halftime please

Arteta should bring on Pepe and take Nelson off. We need better play on the wings. Our final balls have been poor. Otherwise we can win this game

Pepe on for Nelson. Keep playing like this and we’ll score surely.

Ozil fantastic today, been let down by the other players attacking so far. Nelson needs some confidence or something he doesn't look ready, too weak poor final ball. Get pepe on

Nelson needs to come off man. Bring on Pepe