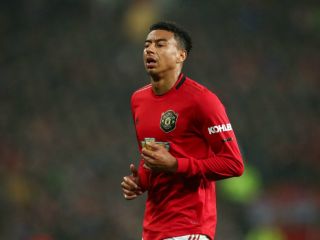 Manchester United’s Jesse Lingard has said that mentality has played a role in his team being unable to do well against weaker opposition.

The Red Devils are currently eighth in the Premier League table, seven points behind the top four. Manchester United have done pretty well against the big teams this season so far, beating Manchester City (at the Etihad), Chelsea, Tottenham while drawing against Liverpool. However, they haven’t been able to replicate those results against weaker opposition, losing against the likes of West Ham, Crystal Palace, Bournemouth and most recently, bottom-placed Watford.

Lingard said that mindset is a reason behind Manchester United’s performances against weaker opposition. As quoted by the Sun, the 27-year-old said:  “It’s strange. Maybe it’s a mindset thing. Maybe it’s our mentality going into the match thinking we’ve already won the game. If we keep the consistency and mentality we had against City and Tottenham, I don’t see why we can’t win every game.

“It seems like our mentality changes. To keep that consistency throughout the rest of the season when we come against the mid-table teams, we need to have the same mentality that we did going into the City and Tottenham game. When we start with energy and on the front foot, we’ll cause team problems all day long.”

Manchester United do have a pretty good bunch of players but they’ll have to produce better results if they are to finish the Premier League in the top four. The Red Devils take on Newcastle at Old Trafford today and will be hoping to avenge their defeat at St. James’ Park in October.

A win for Manchester United could see them reach the Top 6 provided Wolves and Spurs lose their respective fixtures.