Matty Longstaff scored a memorable debut goal against Manchester United earlier in the season – and he’s just bagged against the Red Devils again!

Watch below as the Newcastle youngster punishes some sloppy defending from Ole Gunnar Solskjaer’s side to put the Magpies 1-0 up at Old Trafford.

This is truly poor play from a top team like Man Utd, who gave Longstaff far too much space and time to get his shot away inside the box.

Longstaff won’t care though, as he seems to absolutely love scoring in these big games. 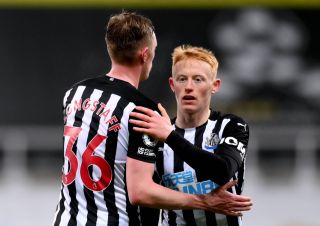