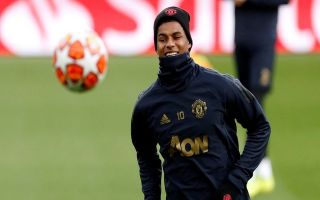 The England international scored in United’s 4-1 win against Newcastle with a superb header following a lovely cross from Aaron Wan-Bissaka.

The Portuguese superstar showcased a ridiculous leap to score a header for Juventus against Sampdoria last week.

Not quite @Cristiano jumping levels yet but working on it ??? pic.twitter.com/ggascWaONb

It’s clear to see that Rashford is full of confidence right now, the ace has enjoyed a fruitful spell of form after a difficult start to the season.