It really shouldn’t come as a big surprise to anybody that Granit Xhaka appears to be on his way out of Arsenal. He did find his way back into the team, but too much has happened in the past for him to stay long term.

Admittedly it happened under the management of Unai Emery, but Xhaka was the captain of the team at the time where he gestured and swore at his own fans, before blanking the manager and throwing a huge strop on his way off the pitch.

It always looked like he would be destined for a January transfer after that game, and a recent report from Sky Sports has indicated that could be close.

They report that the player’s agent has indicated that personal terms have been agreed for Xhaka to return to the Bundesliga with Hertha Berlin. 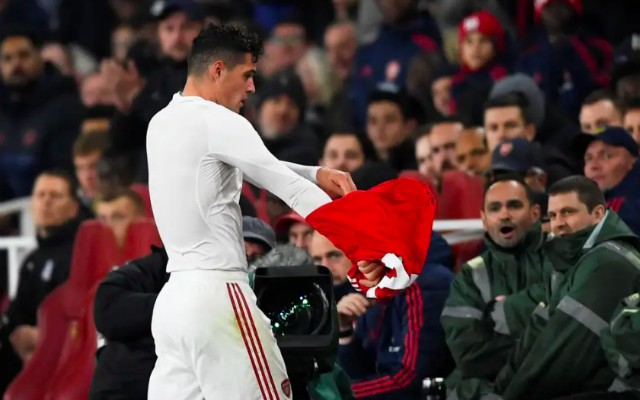 The moment where he threw his Arsenal future away

It’s important to note that there’s nothing to suggest a fee has been agreed at this point, but they go on to say that talks are continuing between the two clubs. They also state that Arsenal might be looking to recoup as much of the £35m that they spent on him when they signed him.

He didn’t show enough during his time at The Emirates to show he can be a true game-changer in the Premier League, so if Arsenal can get a decent fee for him then it could be best for all parties to let him move on.