Manchester United midfielder Paul Pogba has praised team-mate Andreas Pereira as a “Tiki taka legend” after his assist for Anthony Martial’s goal away to Burnley.

The Red Devils lead 1-0 at half time thanks to this well-worked strike, with Martial finishing well after some fine play by Pereira to win the ball and then play an inch-perfect pass into the Frenchman’s path. 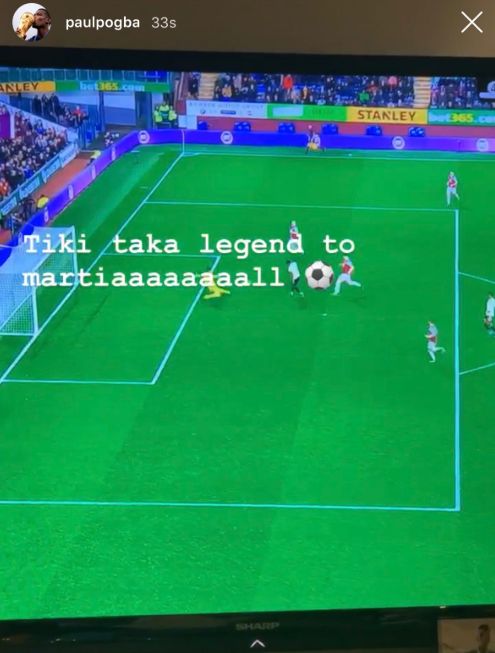 Pogba certainly appreciated Pereira’s contribution, hailing him as a “Tiki taka legend” in the social media post above.

That’s some compliment from the France international, with “Tiki taka” often used to describe the intricate possession play of those legendary Barcelona teams containing the likes of Xavi and Andres Iniesta.