According to the Telegraph, Manchester United are willing to wait until next summer to sign Tottenham Hotspur superstar Christian Eriksen on a free transfer.

The Telegraph claim that the Dane is one of the players that the Red Devils will be following closely in the second-half of the season.

The report highlights that world class playmaker Eriksen has made it clear to the north London outfit that he won’t be signing a new deal, leaving him free to begin pre-contract negotiations with foreign clubs once the January transfer window opens.

The Telegraph state that Eriksen could be available to clubs for £40m in January.

Should Tottenham drop their price-tag in a last-ditch bid to make some money from the 27-year-old, considering that it looks certain that they’ll lose him on a free in the summer? 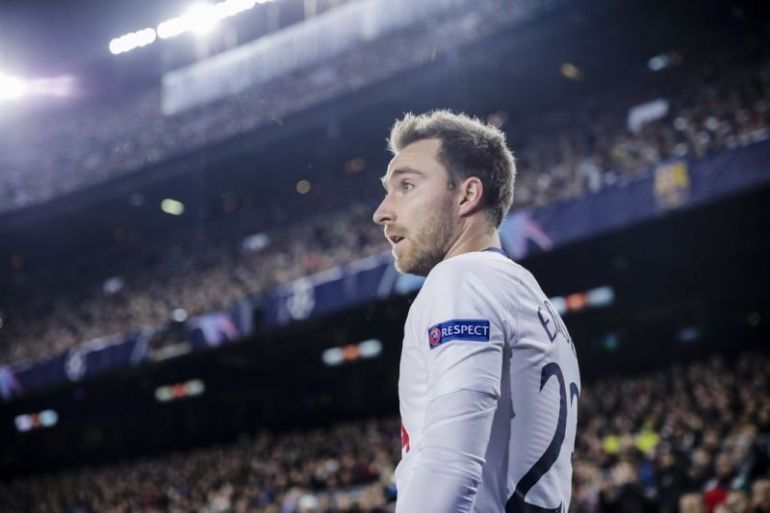 Eriksen has been one of the Premier League’s best playmakers of the decade.

The Telegraph do report that United will have to battle fellow European giants Juventus and Inter Milan for the attacking midfielder’s signature.

Ole Gunnar Solskjaer could certainly do with boosting his midfield ranks in the near future.

Superstar Paul Pogba has been largely inconsistent for the Red Devils and last summer’s marquee signing Fred is only just starting to get a decent starting run in the team.

Promising youngster Scott McTominay has been the only United star to actually perform on a consistent basis over the last year.

Eriksen has been quite underwhelming so far this season, the Dane only has three goals and three assists from 22 appearances across all competitions this term.

Despite his recent struggles, there’s no doubt that Eriksen has been one of the Premier League’s best attacking midfielders in the last decade.

The former Ajax star has 51 goals and 62 assists to his name in 222 top-flight appearances.