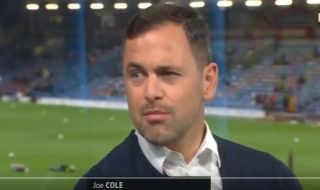 Watch below for the reaction to Ole Gunnar Solskjaer explaining that he decided to rest Pogba today, with Cole speculating that the France international’s agent may have had a word with him about a January transfer window move away, which could mean he’s keen to keep fit for potential suitors.

"He's maybe looking at January and thinking he could get out the door." ?

Joe Cole and Paul Scholes are bemused by Paul Pogba's omission from the Man Utd squad against Burnley… pic.twitter.com/rykvOCOJpb

This seems a little harsh on Pogba, who could perhaps do with being eased back into action after missing so much of the season.

The festive period is always very hectic, so one imagines Pogba sitting out today’s game could be good preparation for him to ensure he can make the club’s next game against Arsenal.

There has been plenty of transfer speculation over the 26-year-old, however, with Football Espana recently citing a claim from Marca that he wants out of Old Trafford.