Chelsea could reportedly make some changes to their attack in the upcoming January transfer window, with the Blues linked with some big names.

According to a report from ESPN analysing how the Blues might change things around this winter, Olivier Giroud could be cleared to leave if Frank Lampard can bag a replacement up front.

MORE: Chelsea ace reveals desire to return to Barcelona after missing out on Summer move

ESPN list RB Leipzig striker Timo Werner as one player Chelsea are thought to be keen on, as well as an addition to the wide-forward positions in the form of Crystal Palace star Wilfried Zaha.

Werner has shone in his time in the Bundesliga and could be an ideal purchase for Lampard’s squad at the moment, with the team not always looking convincing up front in recent matches.

There’s been a lot of pressure on youngster Tammy Abraham to deliver the goods in front of goal this season, and while he’s generally done well, he perhaps isn’t ready to be the club’s automatic starter week in, week out. 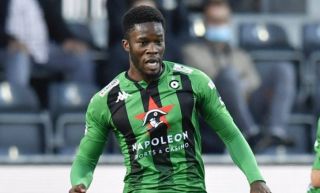 Werner could ease the pressure on Abraham, while a signing like Zaha could also help make up for the summer loss of Eden Hazard.

The Ivory Coast international should be a good source of goals and assists, with his pace and trickery allowing him to perhaps create more opportunities for the likes of Abraham – and Werner if he joins – to score.

Giroud hasn’t featured much since Lampard became CFC manager, so it makes sense that he might be one to make way this January as long as replacements can come in.