This does feel like an absolute first for Real Madrid, and it probably won’t last. It seems that some reports are suggesting they would rather develop a promising youngster than throw a lot of money at a galactico instead.

Even if Paul Pogba’s form has been sketchy at best this season, there’s no doubting that his status and ability would place him firmly in that galactico category. Real Madrid also had an obvious need in midfield, so it makes you wonder why they are reluctant to make a move for him.

READ MORE: Report suggests Real Madrid will bid €70m for ace who could be sidelined by new manager

According to a report from AS, the answer to that question is Fede Valverde. The Uruguyan has taken his chance in the team this year and looks to be established as a regular starter. He has the ability to anchor the midfield alongside Casemiro, but he can take the ball from the defence and transition into attack, so he has the makings of the complete midfielder.

Obviously he still has a lot to learn, but the report does state that Real Madrid chief’s will not allow Zidane to spend the money on Paul Pogba due to the form of Valverde. 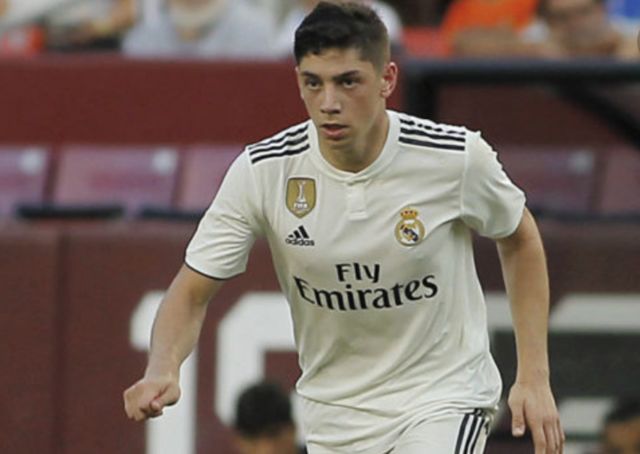 Who needs Pogba when you have Valverde?

Interestingly they do go on to say that Zidane feels differently and he was desperately trying to get the club to sign the Man United star in the Summer, so it looks like he still wants to sign his compatriot.

A lot could change between now and the Summer, Barcelona may win the league and Real Madrid could fail in the Champions League which might lead to some panic spending in a few months time, but it looks like they are staying away from Pogba for now.