According to Goal, talks over a new contract for Chelsea talisman Tammy Abraham have stalled as the forward’s representatives are eyeing a salary that’s equal with what Blues starlet Callum Hudson-Odoi earns.

Goal reported that Hudson-Odoi’s contract sees him earn a base salary of £150,000-a-week, with this figure increasing to £180,000-a-week if performance-related add-ons are met.

Goal’s recent report indicates that Abraham has two-and-a-half-years left on his current deal, which is something that they believe could be weakening the striker’s bargaining power with the club. 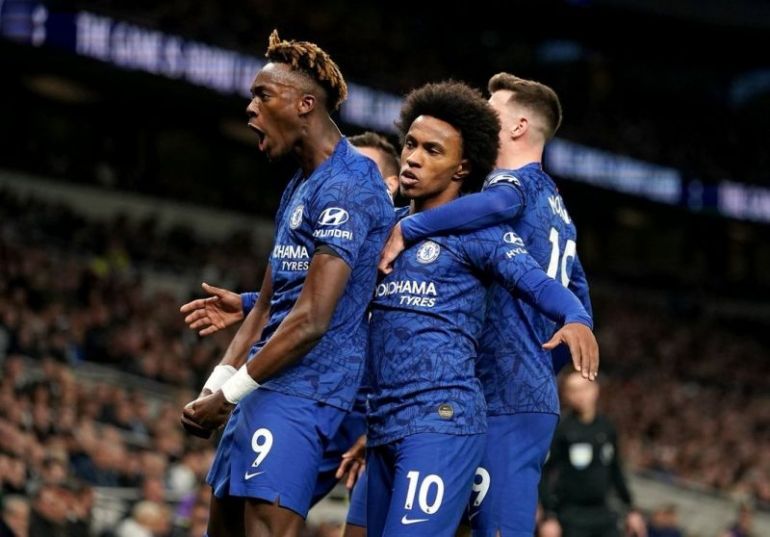 Abraham celebrating his winner for Chelsea against rivals Arsenal.

The west London outfit have rightfully been working to renew the contracts of their top talents since Frank Lampard took the reins at Stamford Bridge.

With Abraham sitting joint-third in the Premier League’s scoring charts, the Blues’ hierarchy should consider giving into the forward’s demands – which might we add – seem to be completely fair and just.

The Blues could have a solid man to lead their line for the next decade in Abraham, it seems foolish to potentially risk this all over a contract dispute that could be easily settled by a club with Chelsea’s financial power.