Man Utd could reportedly make a move for Everton striker Dominic Calvert-Lewin in a bid to strengthen their attacking options next year.

The Red Devils arguably left themselves light over the summer after allowing both Romelu Lukaku and Alexis Sanchez to leave.

Daniel James came in to give them a boost, while boss Ole Gunnar Solskjaer has looked to the likes of Marcus Rashford, Anthony Martial and Mason Greenwood to lead their charge with a long-term vision in mind.

While they have struggled at times, Man Utd have now scored 32 goals in 20 Premier League games, and while that’s a respectable tally, it’s still way short of the numbers put up by their rivals above them in the standings.

In turn, Solskjaer could be considering adding more attacking quality to his squad, and according to The Sun, Calvert-Lewin could now be on the club’s radar after they missed out on Erling Haaland as he opted to move to Borussia Dortmund over the weekend.

It won’t be cheap though as the 22-year-old is said to be valued at around a whopping £50m, and so United will need to be fully convinced that he’s the right man for the job to justify such a hefty price-tag.

The Everton star has been in decent form so far this season having bagged 10 goals in 22 games across all competitions, but with just 27 goals and 10 assists in 115 Everton appearances overall, those aren’t numbers to suggest that he could be a prolific presence up front for the Red Devils.

Nevertheless, his characteristics may suit what Solskjaer is looking for in terms of adding a different dynamic up front, and the Sun suggest that he could now become the main transfer target for Man Utd next summer, especially after they suffered the disappointment of missing out on Haaland. 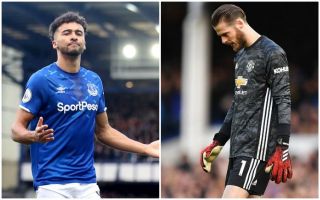