It’s almost a shame that transfer stories aren’t brought about any more by someone spotting a certain player at an obscure airport or someone else claiming the player’s dentist said they are definitely moving.

Now it just appears to be the case that a player will post some kind of hint on social media, and that’s enough to get everyone talking.

In all fairness, this attempt from Paul Pogba isn’t an obscure hint, it’s just completely in your face: 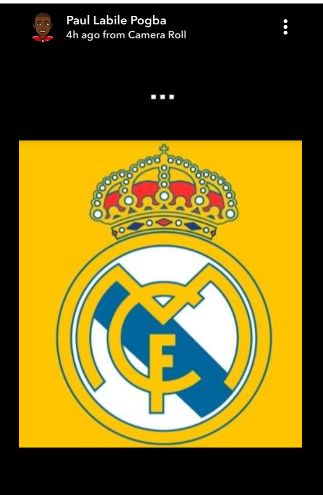 You have to think that his account has been hacked or something here. It appears to be his official account, but there’s no way a professional player at the elite level would come out and post a Real Madrid badge like this.

He has been linked with a move to Spain to link up with Zidane for a while now, so it’s well worth watching the fall out with this as we see what explanation and excuses are given.