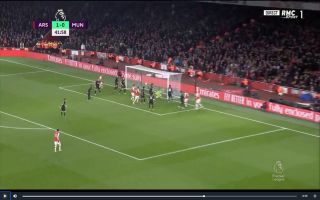 In the 41st minute of this evening’s mammoth Premier League clash between Arsenal and Manchester United, the Gunners extended their lead to two goals following a set-piece.

Nicolas Pepe whipped a dangerous corner towards the near post that was flicked towards goal by Alexandre Lacazette. United stopper De Gea was forced into a quick reflex save.

The ball was ultimately parried away into the path of Sokratis and the centre-back volleyed the ball into the back of the net from close range.

Take a look at the Greek defender’s goal below:

A Greek tragedy for Manchester United! ??

The Gunners have looked in control all throughout the first-half, Nicolas Pepe fired the side into the lead with a tidy finish after some great work by Sead Kolasinac.

Can the Gunners perform like this in the second-half as well? Mikel Arteta looks well on his way to getting the first win of his managerial career. 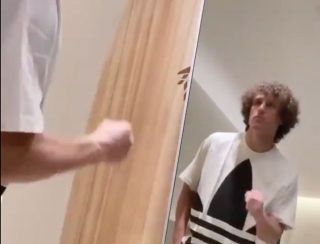 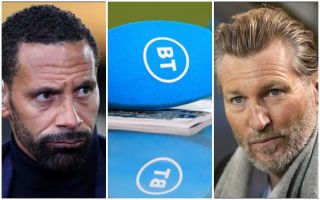