According to the Sun, Chelsea are interested in signing Brazilian striker Gabriel Barbosa. The ace is currently on loan at Flamengo from Italian giants Inter Milan.

The Sun claim that the Blues would have to battle with London rivals West Ham for the ace’s signature. The Hammers reportedly scouted the 23-year-old during Flamengo’s FIFA Club World Cup final against Liverpool.

Barbosa has been sensational for Jorge Jesus’ side over the last year, the forward contributed 45 goals (34 goals and 11 assists) across 41 appearances in the Brazilian top-flight and the Copa Libertadores.

Interested parties appear to have been handed a boost in the race to sign the striker as the Sun claim that Inter Milan have denied Flamengo’s apparent permanent option to sign him, meaning his services will be available to the highest bidder. 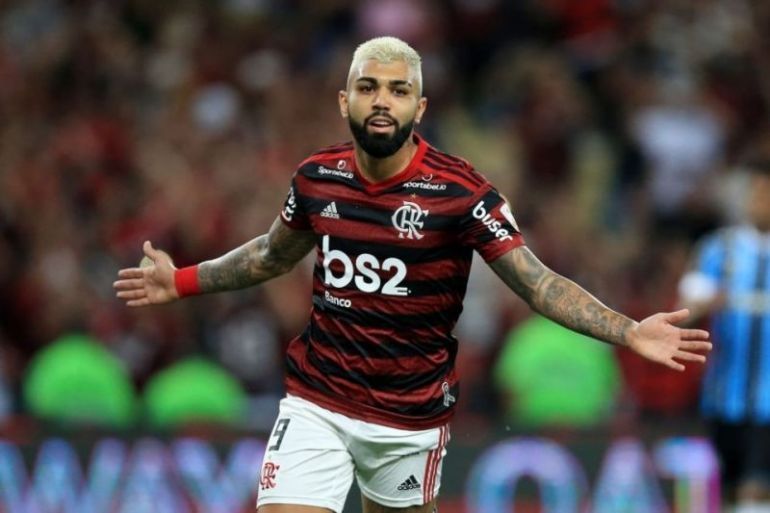 Gabriel Barbosa has been prolific for Flamengo.

It would be interesting to see how Barbosa, who is also known as ‘Gabigol’, would fare in the Premier League.

The Brazilian was tipped to become a superstar when he first broke onto the scene but his struggles at Inter Milan have forced him to reestablish himself in his homeland.

With all respect to Brazil’s Serie A, Barbosa is on a completely different level to the rest of the players in the league and deserves the chance to test himself on the biggest platform.