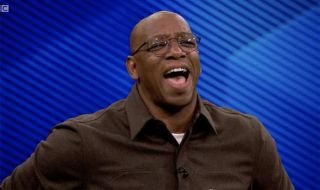 Ian Wright was a happy man on Wednesday night as Arsenal secured a win over Man Utd at the Emirates to give all concerned a timely lift.

While there have been signs of improvement since Mikel Arteta took charge, results hadn’t followed prior to midweek as they were left bitterly disappointed at the weekend after throwing away a lead against Chelsea late on.

However, they produced an excellent response against Man Utd to pick up all three points against a direct rival in the race to secure a top-four finish in the Premier League this season, and they will no doubt now hope to build on it.

The win took the Gunners up to 10th place in the table and they now trail fourth-placed Chelsea by nine points as they remain in contention.

While they haven’t had much to smile about so far this season, Wright took the opportunity to enjoy the win over United as seen in his Twitter post below, as he trolled fellow pundit and Man Utd legend Ryan Giggs with a cheeky photo.

A gloomy Giggs looks far from impressed in an image taken at half-time of the game, while in contrast Wright is grinning from ear to ear beside him as he is clearly enjoying what he is watching.

With Arsenal holding onto their lead this time, it was a good night for the north London giants and Wright will hope that this isn’t just a one-off that he can enjoy between now and the end of the season.