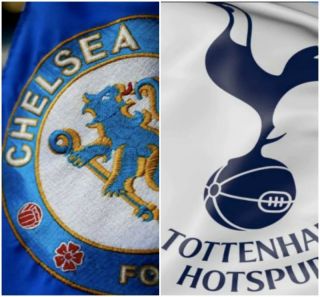 The Senegalese international has established himself as one of the world’s best defenders thanks to his performances for the Serie A giants. Napoli may not be doing too well this season but Koulibaly has been in fine form for them in the heart of the defence.

According to the Naples newspaper Corriere del Mezzogiorno (as cited by the Daily Star), Chelsea and Tottenham are both interested in signing the 28-year-old and are in contact with his agent regarding a transfer worth £100 million which would be a record for either club.

Chelsea’s current centre-back options include Antonio Rudiger, Fikayo Tomori, Kurt Zouma and Andreas Christensen. It’s fair to say that Koulibaly is a better option than any of the aforementioned players and would be a fine addition to the Blues’ squad.

However, Tottenham might need him more than Chelsea as they could be left with only Toby Alderweireld and Davinson Sanchez as their recognizable centre-backs provided Jan Vertonghen departs. Nevertheless, it will be interesting to see if either club manages to sign the Senegal international.

There’s a very good chance that Koulibaly’s transfer could see a new world record fee for a defender being set if it happens.